Idyllic Lakes in Hahnenklee-Bockswiese and its surroundings

UNESCO has announced the Upper Harz Water Management System as world cultural heritage. It has to be seen as the third part of the already existing cultural world heritage site "Mines of Rammelsberg and Historic Town of Goslar". The world heritage committee in Brasilia announced the nomination in August 2010. All agreed in the extraordinary universal value of the Upper Harz Water Management System and its right to be labelled as a UNESCO world heritage site.

What nowadays appears to be a calm and romantic lake/pond landscape with historic architecture by the wayside, is in truth one of the most significant and greatest pre-industrial structures in the whole world. For already 800 years the water of the Upper Harz region functioned as an engine moving water cycles of mines and huts, above and below ground. 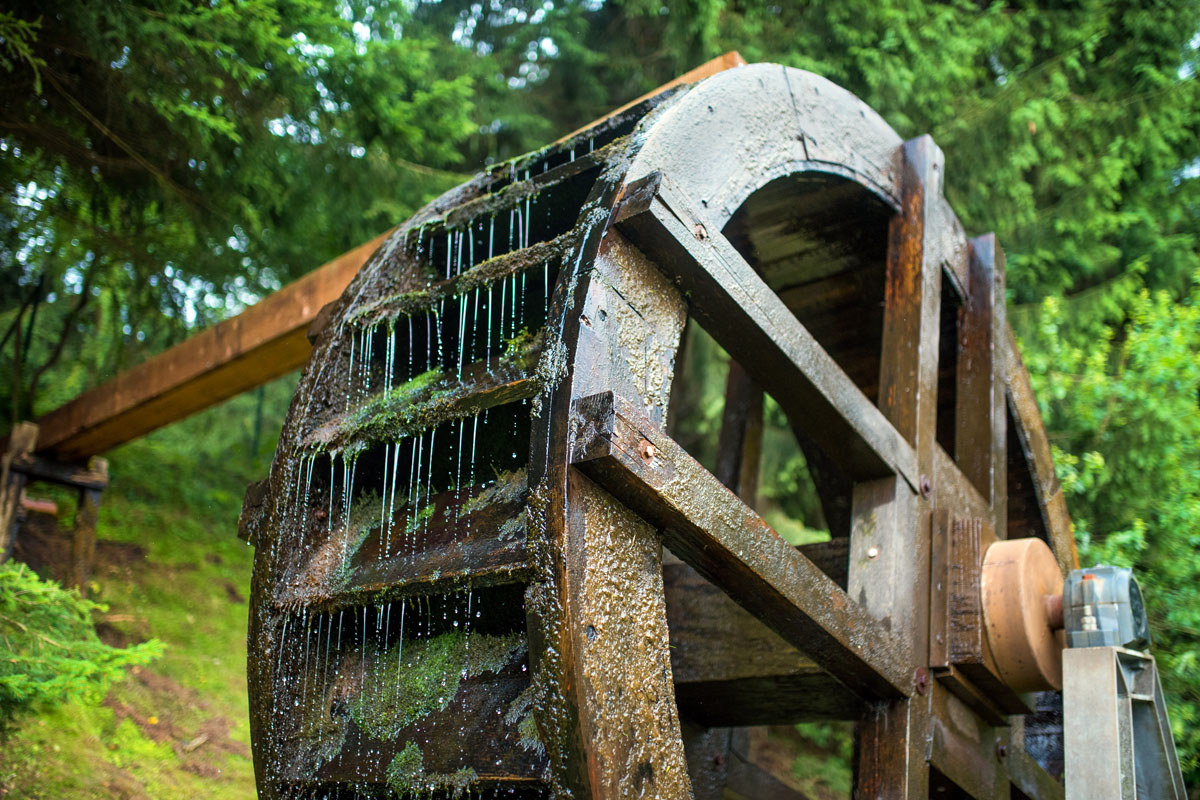 Until the late 19th century, water power was the only source of energy for the quarrying of silver, lead and copper. Rain water was collected in pits, stored in lakes and lead forth and back to the miners. None of the mining areas in Germany have such a huge number of water management objects and complex systems which have even been maintained in a working order until today.

The fathers of the Upper Harz Water Management System were monks of the "Monastery Walkenried". Already in the early 13th century, the Cistercian monastery situated at the southern border of the Harz Mountains, has been one of the wealthiest monasteries in the whole of Europe. The monks of that time knew well how to establish a small and functioning water-supply-system. This is the reason why not only the water management system itself has been labelled as UNESCO world heritage but also this mining "operations centre" - Monastery Walkenried - with its extraordinary Gothic structure.

As there are no natural streams of flowing waters in the Upper Harz region, it was necessary to collect and store rain water generously. Therefore, 149 lakes and ponds have been constructed over the time, of which 107 are still preserved until today. With a sophisticated system of water ditches spreading out the Upper Harz like contour lines on a map, it was possible to lead the water down the hills to the water-storing lakes. In order to ensure the functioning of this construction the hills of the region have been transformed on a length of 500 km. Over 300 km of these ditches are preserved until today. As they had been established with a relatively low slope – one metre up to 1500 metre – the ditches reveal a significant touristic potential: visitors benefit from more or less even hiking trails with breathtaking views over the region and crystal clear lakes for bathing and picnicking. Also 31 km of the water ditches running like tunnels through the mountains are still preserved and accessible to visitors.

It is of huge significance that a great part of the Upper Harz Water Management System is maintained as a "working" monument only because of its cultural value and not due to economic interests. For this purpose, an own operation centre (similar to a cathedral maintenance department) has been established in the shaft "Kaiser-Wilhelm-II" in the village of Clausthal-Zellerfeld. 63 of 107 ponds, 70 of 310 km water ditches and 21 of 31 km watercourses are maintained and mentored with an historic approach only. In Hahnenklee, you will find 12 ponds of the Upper Harz Water Management System.
Beside the water management system itself, the UNESCO integrated as well former shafts of the whole system of the 19th century such as the Mine Samson in St. Andreasberg or the 19-Lachter-Stollen in Wildemann.